A film by  Susanna Nicchiarelli. In eng­lish with ger­man subtitles.

Set bet­ween Paris, Prague, Nuremberg, Manchester, the Polish coun­try­si­de and the Roman sea­si­de, NICO, 1988 is a road-movie dedi­ca­ted to the last years of Christa Päffgen, known by her sta­ge name “Nico”. One of Warhol’s muses, sin­ger of The Velvet Underground and a woman of legen­da­ry beau­ty, Nico lived a second life after the sto­ry known to all, when she began her care­er as a solo artist. NICO, 1988 is the sto­ry of Nico’s last tours with the band that accom­pa­nied her around Europe in the 80s: years in which the “priestess of darkness”, as she was cal­led, found herself again, shaking off the weight of her beau­ty and rebuil­ding the rela­ti­ons­hip with her only for­got­ten son. It is the sto­ry of a rebirth, of an artist, of a mother, of the woman bey­ond the icon. 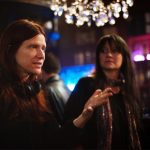 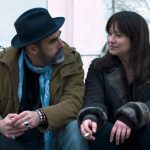 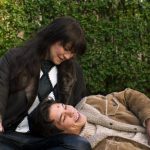